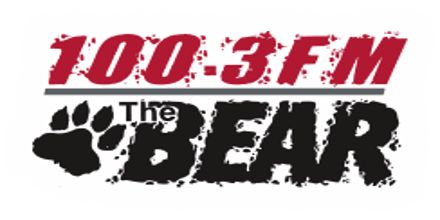 CFBR-FM universally called as 100.3 The Bear is a Rock music radio station broadcast from Edmonton, Alberta. It is the station to tune in Edmonton to listen to the best selection of active, metal, and classic rock music. This station is dedicated to Rock Hits. The station uses its on-air brand name 100.3 The Bear and is owned by Bell Media.

Here not only you’ll listen to an immense music collection, you’ll also find amusement and news shows that will remain you entertained and informed about everything rock.

100.3 The Bear broadcast and update their all conversation open through Facebook, Twitter and live on air! You can find everything that rock on 100.3 The Bear! The station was acquired by Standard Broadcasting in 1992 and adopted the current CFBR callsign.

The Bear is rebroadcast in Jasper on 92.3 FM. In 2008, CFBR was rated as the third most listened-to station in the Edmonton market. But by the Fall 2011 book, it had dropped to #6.

100.3 The Bear’s highly entertaining on-air personalities push the limits on all subjects and invite listeners to do the same. They are often the talk of the town with our ‘out of the box’ stunting promotions and wild antics on-air, online and on the street. Popular programs are –

Liveonlineradio.net has 100.3 The Bear Radio in its listings. Just click and enjoy.