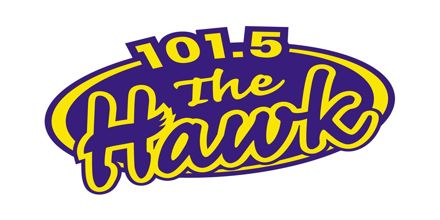 101.5 The Hawk is an online based live radio station broadcasting from Port Hawkesbury, Nova-scotia and dedicated to Pop Hits. The station plays an adult contemporary format also branded as CIGO-FM. The station was established in October 1975, Cape Breton, Nova Scotia, Canada. MacEachern Broadcasting Limited is the owner of this station.

The station’s primary coverage area is Inverness, Richmond, Antigonish and Guysborough counties, but it can be heard beyond that area.

This station is a progressive station leading the way with digital technology and social involvement. The Hawk has received various appreciation awards for their optimistic contribution to the community. CIGO started out as an AM station on 1410 kHz. Founded by local businessman Gérald “Gerry” Doucet, it first went on the air on October 29, 1975. In November 1999, CIGO received CRTC approval to convert from the AM band to the FM band. In 2000, CIGO switched over to the FM band and the AM signal was shut down permanently shortly afterward. As an AM station, it was known as “1410 CIGO”.

Liveonlineradio.net has 101.5 The Hawk Radio in its listings. Just click and enjoy.