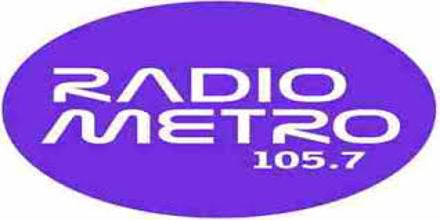 Radio Metro is all about the music and creating a fresh musical platform for the youth community. The majority of Radio Metro’s demographic is between the ages of 18-24.

Slogan: It’s all about the music!

Currently operating on 105.7 FM, the world’s most vibing music at home, work, in your car and even online. Enduring devoted to the music, this station keeps it fresh, hand picking every single solitary tune to keep the listeners’ days, nights & weekends at their absolute best! Radio Metro was originally broadcast as Hott FM in July 1995 from a shed in Nerang, Queensland on weekends with a weak mono signal. At the end of 1997, the Australian Broadcasting Authority (ABA- now the ACMA- Australian Communications and Media Authority) granted Radio Metro a full-time community broadcast permit.

Hott FM changed its name to Radio Metro in 2001. The station is available locally, nationally and internationally through the station website and play national and international Dance, R’n’B, Top 40 & Leftfield tracks. Since then, Radio Metro has grown extensively and has received lots of positive media attention from local newspapers and television stations. Radio Metro is now located in brand new studios at Level 2, Circle on Cavill, Surfers Paradise.

The station is accessible locally, nationally and internationally through the station website. Leading to many overseas DJ‘s and Record Companies contacting Radio Metro and offering their services and music for the Radio Metro playlist. Popular programs are:

Giving the city’s eager and dedicated individuals the opportunity to share their talents on the airwaves, this station keeps the momentum at its peak with only the best crew behind the station. Radio Metro has all the best local DJs & MC’s and now you can book them to play at your party or event!

Liveonlineradio.net has 105.7 Radio Metro in its listings. Just click and enjoy.