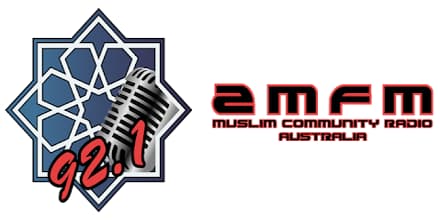 2MFM Radio is an Islamic radio station that is multicultural and multilingual. It normally broadcasts to the Sydney community while incorporating elements of the Quarterly report that focus on the Islamic community. It broadcasts 24 hours a day, 365 days a year, covering all Islamic events and sports in Arabic and English. It was the first broadcast 24 hours a day, seven days a week during the month of Ramadan in 1995. This radio station can be heard on 92.1 FM, digital radio, and online.

2MFM Radio now broadcasts 24 hours a day, 365 days a year, covering all Islamic events. It broadcasts to the Sydney community as a whole while also incorporating elements aimed specifically at Sydney’s Islamic community. Because Arabic, Lebanese is the most commonly spoken ethnic language among Muslims in Sydney, radio programs are primarily broadcast in Arabic and English, with spots in other community languages evolving in response to demand.

Muslim Community Radio (call letters 2MFM) is a community radio station based in Bankstown that broadcasts to Sydney on a citywide license. It is a volunteer-run organization that is primarily supported by listeners.

Darulfatwa – Islamic High Council of Australia is affiliated with the station. Beginning in 1995, the station broadcast under a temporary license during Ramadan and Dhu al-Hijjah, and then added a weekly Friday broadcast in 1997. On May 24, 2001, a full community broadcasting license was granted. The Australian National Imams Council requested that the radio station’s license be revoked in 2011 due to its ties to Al-Ahbash and its promotion of “sectarian fringe views.” The Australian Communications and Media Authority, on the other hand, granted a 5-year license in 2011, drawing criticism from Islamic groups.

Muslim Community Radio primarily broadcasts in Arabic and English. It also provides a multicultural and multilingual service, broadcasting in Indonesian, Turkish, Urdu, and the dialect of Iraq. The station broadcasts religious teaching and festivals, as well as educational and cultural programming.

Liveonlineradio.net has  2MFM Radio in its listings. Just click and enjoy.