ABC Newcastle is a radio station in Australia. It is the ABC local radio network’s Newcastle station, licensed to and serving Newcastle and the surrounding areas. It was Australia’s first regional station, and it went live-to-air for the first time on December 19, 1930, in Newcastle. It transmits on the AM band at a frequency of 1233 kilohertz. Previously known as 2NC, the NC in the callsign stands for Newcastle, and the 2 stands for the state of New South Wales. The station was founded in 1930.

Since then, it has entertained and informed Hunter residents via radio, online, and mobile with news, music, and talk. Its role is to connect with people and reflect the trends, the stories, and the moods of the region. It is also the region’s emergency broadcaster.

ABC Newcastle is a vibrant station with a strong on-air lineup that includes three daily programs during the week and a Saturday breakfast and morning program lineup. Working closely with five news journalists in Newcastle and two more reporters in Muswellbrook, the enthusiastic team of producers, presenters, and reporters creates strong local radio and online content.

According to Lucia Hill, chief of staff, the station is well-positioned to reflect what is going on in the community. “This station’s role is to connect with people all over the Hunter,” she says.

Newcastle is located in the Hunter Region and is surrounded by a stunning coastline with beautiful beaches. Newcastle, Australia’s second-oldest city, is a region rich in history. Newcastle grew into a penal colony, a coal town, and a steel city after European settlement. It is now the second-largest city in NSW and the seventh-largest city in Australia. Newcastle’s economy is diverse in terms of commerce, culture, trade, and industry.

2NC was Australia’s first regional radio station outside of a capital city. Adrian Jose organized it. The first broadcast, on December 19, 1930, featured the Newcastle Symphony Orchestra performing the William Tell Overture. Australia’s acting Prime Minister, James Fenton, delivered a speech. Newcastle content was limited to an hour per week and consisted of news, market reports, and church services. New Zealand was able to hear the station. Its original frequency was 1245 kHz, which corresponded to a wavelength of 241 meters.

During the early 2000s, the ABC Newcastle website featured a 5-day-a-week 5-minute TV news bulletin dedicated to Newcastle, shot in the ABC NSW studio. The first studios were behind the Old Strand Theatre on Market Street before being relocated to 24 Wood Street.

During the Maitland and Hunter Valley floods of 1955, Hec Scott stayed overnight to keep listeners up to date on the latest events but inadvertently played “Ole Man River” in the early morning hours. He received a brief backlash of criticism from flood-affected listeners for his poor music selection.

1233 ABC Newcastle is a thriving station with a strong on-air lineup that includes four daily programs, a Saturday breakfast and morning program lineup, and a Sunday morning state-wide program that broadcasts to regional New South Wales.

This station’s role is to connect with people all over the Hunter. 1233 has a history of not only being present during disasters but also of entertaining and informing the community.

These programs are also relayed to ABC Upper Hunter when it’s not broadcasting its own breakfast show. At all other times, both stations are relays of ABC Sydney.

ABC Newcastle has a history of not only responding to disasters but also of entertaining and informing the community. Sign up for our free weekly newsletter if you want to know what’s going on in the Newcastle area each week — just enter your email address.

Liveonlineradio.net has The Cheese in its listings. Just click and enjoy.

Samantha Akkineni Quote: There are thousands of good-looking women…

Prakash Raj Quote: To be known as an actor is to be known for your role… 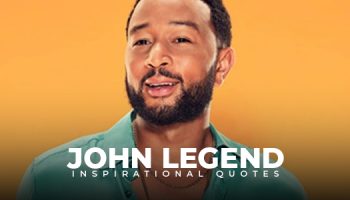