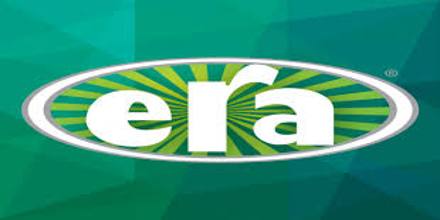 Era FM has been successfully listed in live online radio for years now. if you are a dedicated visitor of us from Malaysia than you already know this. Era Fm is one of the most popular online radio station from Malaysia which went on air on 1 August 1998. The radio presents its programs in malay language and been operated by “Astro Radio Sdn. Bhd”. Listeners are welcomed to tune the radio any time of the day as Era Fm is live 24 hours a day, 7 days a week. Era FM has 4.8 millions of listeners which makes them the most popular and number one radio station of Malaysia.
History
Initially known as Classic Rock which was one of the five popular radio stations back then introduced by AMP Radio Networks later on turned to Era FM due to the growing demand from listeners, who wanted a radio that will present them programs in Major local languages, as the radios of AMP Radio Networks were presented mostly in English. It went on air at 1st of August, 1998 as the very first private radio station of malaysia to be broadcast completely in malay language. After loosing the popularity contest in 2012 to Sinar FM, Era FM regained its top spot of being the most popular Malaysian radio station with approximately 5 million listeners.
Slogan
Muzik Hit terbaik or The best Music Hit. Broadcasting Area of Era FM includes Malaysia, singapore and Brunei. So, it can be said pretty confidently that the broadcasting area of era fm covers millions of listeners from various countries.

Programs style or format of the radio is Talk and contemporary hit.
As Era FM is devoted to bring the kind of programs thier listeners expects and prefers from them, as a team we at live online radio are also determined to bring to you more and more popular names in the radio world daily.