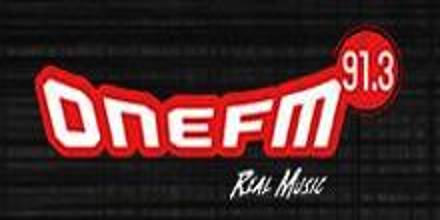 ONE FM 91.3 is an online based English-language radio station broadcast from Singapore. It is a 24-hour radio station that plays Mainstream rock and Adult hits targeted at middle-aged audiences especially females aged 40 years old and above. Here plays a hit predominantly from the 80’s and 90’s and offers up-to-date sports and lifestyle news for both male and female audience.

It is a radio station of SPH Radio Pte Ltd, a fully owned subsidiary of Singapore Press Holdings (SPH), which also owns Kiss 92FM and UFM 100.3.

In January 2015, HOT FM 91.3 undergoes a foremost overhaul. It was rebranded ONE FM 91.3, with its new slogan “Real Music”. The overhaul is mainly remarkable for altering the station’s stated genre, which is focused on being a Rock Music station. This radio station was launched in 2001 in Singapore. It had some names and was familiar as HOT FM 91.3 until January 2015. One FM is on air 24 hours a day, featuring Classic rock, Mainstream Rock, and Hard rock. The station was at first known as WKRZ in Mediawork. After a merger of media companies in Singapore, WKRZ 91.3 had a change in name together with sister station UFM 1003.

In January 2013, popular DJs The Married Men were dropped due to content deemed inappropriate during a morning “Kena Pluck” segment during the Morning Drive Time show. They were replaced with the current group of DJs.

Liveonlineradio.net has ONE FM 91.3 Radio in its listings. Just click and enjoy.