Rock the Folk, Quite Out of The Ordinary 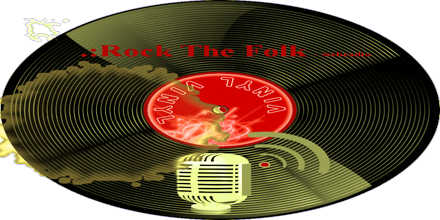 Rock the Folk, the online radio station for all people and all days, but quite out of the ordinary. This is one of the most popular online radio station available 24/7 with their beautiful programs on Folk, Bluegrass, Rock, Metal, Folk, 80’s Hard Rock, Country, Irish and Middle Ages Music. On top of all this listeners will also be able to enjoy special music on specific genres.

They are also supporting the project called “RadioAid”. A 24-hour live broadcast will be designed and produced by different moderators. This broadcast will be made available to all radio stations without charge for broadcasting. The aim is to inform the listeners about the selected project, to show possibilities of support and to encourage donations.

Dietmar, He loves all the music, but mainly rock and folk, but also metal and classical music. He enjoys his visits to Ireland because of the country, not just because of the whiskey and the beer.

Lothar, He loves the blue grass and the country, but also all peoples.

Steffen, The man with both Ms – MiddleAges and Metal. He loves folk songs and good coverage. You can find it at MiddleAges markets and dance events.

Chani, He likes to lie in front of the box of drool or do nonsense: it feeds all the DJs of the studio!

Rock Folker, Our AutoDJ, works when there are no other shows on the air!

RockTheFolk – webradio is a service of the Laut AG Konstanz

To enjoy the programs of this popular radio now at Liveonlineradio.net