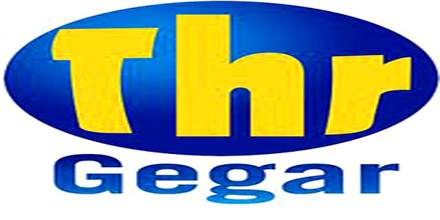 THR Gegar a very popular name for the online radio listeners at Malaysia. Gives Best Entertainment To The Listeners on the East Coast.  The radio offers the kind of programs that are perfect for their desired listeners and because of this THR has been able to get attention and support from millions of listeners.

“Permata Pantai Timur” or can be translated to “Jewel of the East Coast”. The programs, presentation and harmony between them and their listeners truly makes the the jewel of the east coast.

THR which is formerly known as Time Highway Radio is the name of  Malaysia’s first commercial radio station.  The radio is operated by Airtime Management and Programming Sdn. As per the name suggest about its programs and vision the radio initially was targeted at road and highway listeners with entertainment and traffic reports programs. The radio is also very popular because it was the very first radio station that gave listeners back then an alternative radio medium to Govt. own radio stations.

The radio began its test transmission for the very first time at the night of 31 August 1994 on FM 99.3 MHz. Initially at first the broadcasting of THR covered the state of Selangor, Kuala Lumpur, and western Pahang. At its primary days of broadcasting it began to attract its listeners the moment they tuned in to the radio by providing their listeners with programs featuring the best Deejays of Malaysia. In 1996, THR moved its office into its own studio to Wisma TIME building which is now owned by Johor Corporation, on level 10 right in the heart of Kuala Lumpur’s city centre. During these years of broadcasting THR Gegar has lots of stiff competition but nonetheless it still remains as one of most popular radios out there in malaysia with millions of listeners.

The radio was acquired by AMP Radio Networks which is also known as Astro Radio now. In 2005 THR was divided into two different radio stations one in THR Raaga and the another one in THR Gegar. The later one in based on Malay language.

THR Gegar presents lots of popular radio programs for their listeners and the key ones are as follows:

The presenter of the radio are very friendly and they are Anugerah Seri Angkasa 2010, For best Entertaining Show.
It can be said easily that with over 1.97 millions of listeners for their radio THR Gegar has positioned them as one of the most prominent name in the radio community of Malaysia. The radio is live and like today it intends to entertain you for the years to come also.
You can enjoy the radio at live online radio by following this link THR GEHAR
previous article