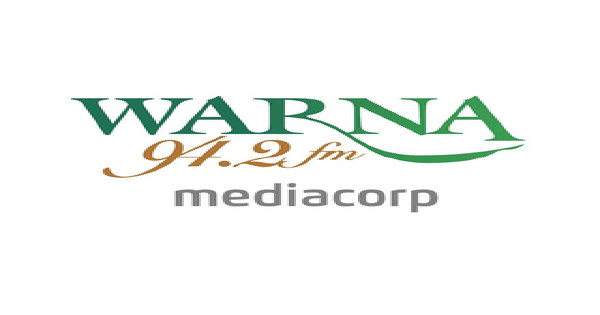 Warna 94.2FM is an online radio station. It is targeted to the listeners of 30 years and above. It broadcasts around the clock, all day long. Warna presents the latest news and information. Warna also plays the most popular songs from the 60s to the 90s. The station represents the life of Singapore’s Malay community.

Owned by Mediacorp, it is among the oldest radio station in Singapore. Its broadcasting dates back to 1936. Previously it was called “Radio Singapore”. Later on, in 1994, it was called Radio Corporation of Singapore. No matter the name, Warna was always synonymous with quality to its listeners. The radio is known as Warna 94.2 FM today. It’s also the number one Malay online radio station from Singapore.

Anyone in Singapore can tune to the radio at 94.2 FM and start listening to its quality-packed programs. The station plays international Malay top 40 music from the 1950s and beyond. It is most popular for its Malay adult contemporary music. Warna also provides an Islamic General Service for Singapore. Its podcasts are also very popular among listeners. Some of its popular podcasts are –

Mediacorp’s Malay newsroom, specifically the Bilik Berita division, is the source of news bulletin for Warna FM. Previously news bulletins were aired every hour in the morning and in between their primetime slots. From 2018, news bulletins are aired between 7:00 am and 7:30 pm.

Muslims call to prayer azan is played 5 times a day. During Fridays, the radio also airs a recorded version of khutbah to its listeners.

Warna has some of the most friendly and charming radio presenters in Singapore. Their presence makes the listening experience a lot more joyful and engaging. its most popular presenters are –

It’s a well-thought-out and listener-oriented online radio station from Singapore with some of the most engaging content available.

Excited to tune the radio right now? Click or tap on the following link – Warna 94.2 FM

101 FM Australia – Your City Your Station