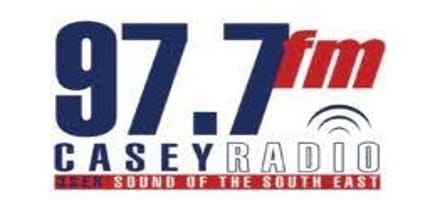 Casey Radio’s role as a community broadcaster is to provide general local community programming such as entertainment, news, and information, with the goal of “informing, entertaining, and involving” its listeners. The station’s eclectic mix caters to the diverse needs of the communities, ranging from local council news to sport, country to comedy, retro to modern, rock to rockabilly, and a wide variety of ethnic and multilingual programs.

Their license encompasses 637.6 km2 and 410 514 residents (2017). This includes the majority of the cities of Casey and Greater Dandenong, as well as the eastern parts of the city of Frankston. The transmitter has a maximum power of 400 watts and is located at a former landfill off Quarry Road in Narre Warren North, Victoria.

Casey Radio began as Market City Radio in 1983, and the first test transmission was made on May 6, 1984, from JC Mills Reserve in Dandenong. Later, a transmission from the Dandenong Show was received. After a two-year hiatus, the station was resurrected by several early members, most notably life member Fred Harrison (originally from 3RPP), who assisted in the original license application.

3SER FM relocated to their current council-owned premises in Cranbourne East, known as the Casey Complex, in September 2002. The City of Casey retained ownership but agreed to provide financial support and grants in exchange for station presenters emphasizing the term “Casey Radio” during announcements beginning in 2003. On July 15, 2005, the signal began to be a webcast. Cranbourne station experienced turbulence in 2008-09, despite having secured a further four years of council funding and still attempting to establish “transparent management practices.”

3SER began refreshing its identity and logo, utilizing the Casey Radio moniker, and funds were set aside to launch a new website. Due to perceived poor governance and a strained relationship with the council, the City of Casey quarantined a $75 000 funding allocation from the 2017-18 fiscal year. A progress report to the council is due in 6 months, after which the held funds may be released.

In 2014, 3SER was officially rebranded Casey Radio to reflect our mutual, ongoing relationship with our major sponsor, the City of Casey, and the broader community. Casey Radio has a proud history of broadcasting diversity, and several current presenters were on the air at the time of its inception

Liveonlineradio.net has 3SER 97.7 FM in its listings. Just click and enjoy. 10 thought-provoking quotes by alex jones People don't get angry about the half a million dead Iraqis from the sanctions. It's a different kind of
read more