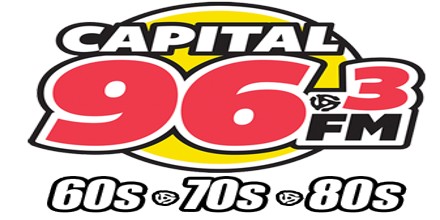 96.3 Capital FM is an online radio station broadcasting from Edmonton, Alberta. Here providing Classic Rock, Hits music. This station is popular for 60’s, 70’s, and 80’s including the Beatles, The Mamas and the Papas, and Fleetwood Mac., music collections. Capital FM is currently ranked #4 in the Edmonton market according to the Fall 2014 Numerous data report.

The station is owned by Newcap Broadcasting, and currently broadcasts a classic hits format branded on-air as Capital 96.3.

The basic genre of Capital FM is Classic Hits. First air date of this station was November 15, 1979. The Network that uses this station is Newcap Broadcasting. On April 17, 1979, CFCW Limited, owner of CFCW in Camrose, received approval to operate a new FM station in Edmonton. On January 13, 1995, the station adopted the name “Mix 96”, and shifted to a hot adult contemporary format.

On March 28, 2008, at 3 PM, CKRA changed formats again, this time moving from country to classic hits as “96.3 Capital FM”. The final song on “Big Earl” was “Goodbye Earl” by the Dixie Chicks. Capital FM’s playlist concentrates on artists from the 1960s, 70s, and early 80s, including The Beatles, The Mamas & the Papas, and Fleetwood Mac.

In February 2018, Rob Christie announced he was retiring after more than 45 years in the business. Over the years, the Capital FM morning host had worked for CKXL Calgary, CKGM Montreal, CHED Edmonton, CKFM Toronto, CTV Vancouver, CKKS/CKLG-FM Vancouver, CJAQ Toronto, and CHMC Edmonton.

Liveonlineradio.net has 96.3 Capital FM Radio in its listings. Just click and enjoy.