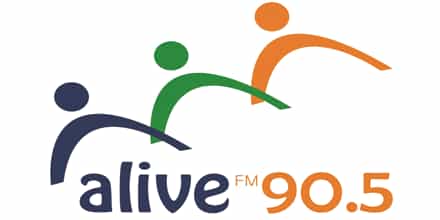 Alive FM 90.5 broadcasts popular Australian local music. It is a community radio station that broadcasts to Parramatta, Cumberland, and the Hills. At the same time, they provide their listeners with a variety of current affairs-related programs. Breakfast and Drive, with regular news, weather, and traffic updates, Morning Magazine, with news and special guests such as local politicians and personalities, as well as a variety of special interest programs, are among its programs. Because Alive FM 90.5 is a live radio station that broadcasts 24 hours a day, you can listen to programs whenever you want.

Alive 90.5 is a community radio station based in Sydney’s Baulkham Hills. The Hills District and parts of Greater Western Sydney are served by the station. This radio station honors Australia’s Traditional Custodians of Country and their ties to land, sea, and community.

Cumberland Community Radio has been broadcasting on 90.5 MHz FM since 1992. Originally known as ‘The Sound of Style’ and then simply ‘2CCR,’ the station has been known as Alive 90.5 since November 4, 2011.

Alive’s mission is to serve its community by broadcasting a diverse range of programs that are appropriate for all groups in the community. Alive 90.5 is a volunteer-run organization that is supported by listener donations, grants, and limited commercial sponsorship.

Alive 90.5 began live streaming of its programs over the internet in April 2009. This allows people who live outside of the service area to enjoy the variety of programming provided by Alive 90.5. To support a variety of listening client programs, there are two internet streams: 128 kbit/s Joint Sterero MP3 and 64kbit/s stereo AAC.

Weekdays from 6 a.m. to 6 p.m., you’ll hear a great mix of Adult Contemporary and Oldies. On weekends and after 6 p.m. on weekdays, you can listen to a variety of special interest programs that cater to various music interests, cultures, languages, and communities.

The station’s current programming includes a variety of music genres such as adult contemporary, jazz, country, and easy listening. Alive 90.5 also airs programs presented by special interest groups representing interests in Australian music and sport, as well as programs broadcast in languages other than English. During the week, there are also interview-style programs.

Examples of these programs include:

Stream the station online or tune in to 90.5 FM on your radio.

Liveonlineradio.net has Alive FM 90.5 in its listings. Just click and enjoy.