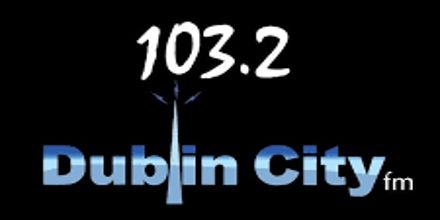 103.2 Dublin City FM is Ireland’s only Special Interest and Community Radio Station, broadcasting a wide range of programming. It is an Independent Local Radio station in Dublin, Ireland, run by the Dublin Public Service Radio Association Ltd under a sound broadcasting contract from the Broadcasting Authority of Ireland. Its mission is to provide a special interest radio service in the greater Dublin area that stimulates, informs, and entertains listeners.

Dublin Radio FM’s strong blend of talk and music programming reflects a diverse range of Dubliners’ concerns, interests, and opinions. Dublin City FM is Ireland’s only station dedicated to the arts and culture. Local communities, special interest groups, and local governments, as well as, to a lesser extent, national and international public service broadcasters, provide program themes and materials that reflect their core values and ethics.

The Board of Directors of Dublin City FM is entirely made up of volunteers from the categories of Community Groups, Volunteers, Business Groups, Employer/Employee Groups, and Public Bodies.

Dublin City FM is an independent radio station operated by Dublin Public Service Radio Association Ltd. The station broadcasts on the 103.2 MHz FM frequency. It started broadcasting in 1992 and has a programming dedicated to special interest, arts and cultural contents.

The station’s first broadcast was from Grafton Street, Dublin in 1992. Since 1992, the station has moved several times including to Griffith College and Sheriff Street. However, the station has been situated in Dublin’s Dockland’s since 2001. Former members of the Dublin City FM team include – Robbie Fogarty – Sunshine 106.8, Declan Carty – Newstalk, Dermot Whelan – Today FM, Brian Lally – RTÉ, and many more.

In 2001 The station was renamed to “Dublin City Anna Livia FM” due to its connection and funding from Dublin City Council.

In December 2007 The station was renamed “103.2 Dublin City FM” for advertising and branding purposes.

103.2 Dublin City FM seeks to engage as broad an audience as possible. The station broadcasts special interest music and talk, to an older Dublin. This includes some specific groups, largely ignored by commercial radio stations, for which they can provide a meaningful and relevant service.

It provides its listeners with a unique radio service that reflects the lives and aspirations of the city’s wide range of inhabitants. Its flagship is Live Drive, broadcast from 07.00-10.00 am 16.00-1900pm. Other programs include Good Morning Dublin and Black Echoes, broadcasting since 1982 in various stations.

Liveonlineradio.net has Dublin City FM in its listings. Just click and enjoy.

Most Popular Russian Radio Stations in 2021