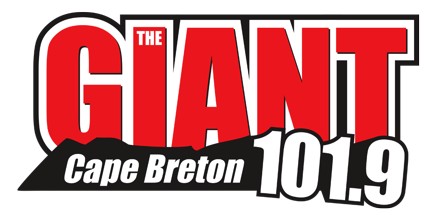 101.9 The GIANT is a radio station broadcasting from Sydney, Nova Scotia, Canada at 101.9 FM owned by Newcap Radio. Here provide Hit Music, country music and attractive interviews with artists. Here also broadcast news update, live sports commentary, Cape Breton’s news etc. The station is one of numerous radio stations approved in 2007 for the Atlantic Provinces. It is also one of two radio stations for the Cape Breton region along with sister station CKCH-FM.

To get more information just visit 101.9 The GIANT Website: www.giant1019.com 101.9 The GIANT began a required three-week Industry Canada testing period on May 15, 2008, and officially launched on May 27th, at 8 a.m., with the first song being “4 Minutes” by Madonna. It is branded “101-9 The Giant, Cape Breton’s Hit Music Station”. The station’s music format is Top 40/CHR with an adult lean.

101.9 The GIANT is owned by the Dartmouth-based company Newcap Radio, a company that owns several other radio stations across Canada.

The Social 20: Hosted by Sutto, The Social 20 is an unmatched Canadian countdown that is entirely built on what’s hot! Built by social trends, streams, Shazam, downloads, radio play, and trending artist stories.

The Canadian Hit 40: We countdown the 40 biggest songs in the country, interviews with artists, celebrity photos and concert listings with Mauler & Rush! Saturday: 5pm-8pm and Sunday: 1pm-4pm

Giant On Demand: Weekdays at 5pm, we leave the music up to you, with Giant on Demand!

Liveonlineradio.net has 101.9 The GIANT Radio in its listings. Just click and enjoy.