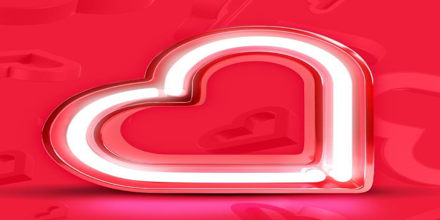 A little dose of extra-musical oomph is what gives you the chill you need to make your day entertaining and at the heart of that extra bit of spicy music sits our favorite Heart 96-107 radio.

Heart UK is one of the biggest and among the most popular radio network consisting of near 22 modern and well presented local radio stations in the UK that broadcasts all day long a combination of local programming and networks programs.

Among the 22 radio stations, Nineteen stations belong to Global, while the other three are owned and run under franchise.

Heart selectively plays those kinds of music that are guaranteed to make you feel good and give the kind of musical entertainment you want from an online radio station. It’s the soundtrack to your life and all the songs are going to match your mood whether you’re getting up, on the move or just chilling out.

6th September 1994, is the year that marks the launch of Heart Radio as 100.7 Heart FM and it started its journey as the third Independent Regional Radio station of UK, five days after Century Radio in North East England, and Jazz FM North West . Now here is an interesting info, would you like to know the title of the very first song Heart 100.7 played? It’s a song by “Simple Red” and the title of the song is “Something Got Me Started.” Back in the early days of Heart radio, the music format the radio was based on was “soft adult contemporary.” The slogan also reflected this theme of music back then, 100.7 degrees cooler! was the slogan of the radio.

One year after the launch, It began its test transmission in London in August 1995 as Heart 106.2, prior to the station launch on 5 September.

In 1996, the Heart programming format saw a slight change in its music format as the “soft AC” style of music was replaced with a generally more neutral “hot AC” playlist.

According to Wikipedia-Between June and September 2010, Global Radio merged the majority of the 33 Heart stations to create a smaller network of 18 local and regional stations, in line with new OFCOM guidelines on local output requirements. Two Hit Music Network stations were also closed and merged with Heart stations.

Most of the programs are being live broadcast from the Heart Network studios situated in Leicester Square, London. But, there are a few weekend programs that are voice-tracked.

Programs that are meant for local broadcasting are being mostly produced from the originating Heart station’s studios live. The time of broadcast for those programs are 6:00 am to 10:00 am and on weekdays 4pm-7pm and 6am-10am on Saturdays and on Sundays 12pm-4pm.

However, in the case of news based content, some of them are produced with the help from neighboring stations. For example, news bulletins for the network’s West Country, Gloucestershire and Wiltshire stations are all produced from Bristol.

The radio is packed with presenters who are very friendly and liked by the listeners of the radio a lot. However, because it’s not possible to name them all here, below are the names of popular Networked presenters-

Most well-known local presenters are as follows-

All 22 Heart stations broadcast local news bulletins each day, updates air hourly from 6am to 7pm on weekdays and from 6am to 12pm at weekends.

Among many other local stations by the company “Heart UK” is the one that is most listened and popular across UK.

Stay tuned with “Live Online Radio” and explore for more popular radios of UK and rest of the globe.